My skin your strength

Your confidence is my courage

Andrea Adamo was born in 1984 in Crotone. While studying at the Fine Arts Academy of Bologna, he began his
career as a fashion designer thanks
to an internship at Les Copains.
He worked for nearly 5 years alongside Elisabetta Franchi and then moved on
to Roberto Cavalli, where his passion for formal and eveningwear grew.
He later moved to Paris to work with Zuhair Murad, then he decided to return to Italy where he became the head designer for celebrities and special projects at Dolce & Gabbana.
In 2018 he returned to Paris to follow the image of INGIE Paris.

In early 2020, during the European
lockdown, Andrea Adamo felt the need to express himself freely and without constraints. This led to the creation of his brand ADĀMO Andrea Adamo.
ADĀMO Andrea Adamo expresses the fashion vision and sensibility of the designer. His taste and way of being was born during his childhood in Crotone, also thanks to his seamstress grandmother with whom he cultivated his dream of becoming a designer.

STEP INTO MY GARDEN
OF FREEDOM

ADĀMO Andrea Adamo was courageously born in the first half of 2020 when the designer felt the need to express his creativity without constraints.

Colors do not exist. In the current day where fairness and social equality are still questioned, ADĀMO Andrea Adamo chooses not to have color to claim diversity as an essential strength. The materials are almost like a second skin:
some are figure-hugging to create bold body shapes.

There is no shame: ADĀMO Andrea Adamo is courage, strength, and pride.

There is pride and no embarrassment:
this is what Andrea Adamo wants to express with his garments, using atypical silhouettes and experimenting with materials.

The ADĀMO by Andrea Adamo woman is simply herself. 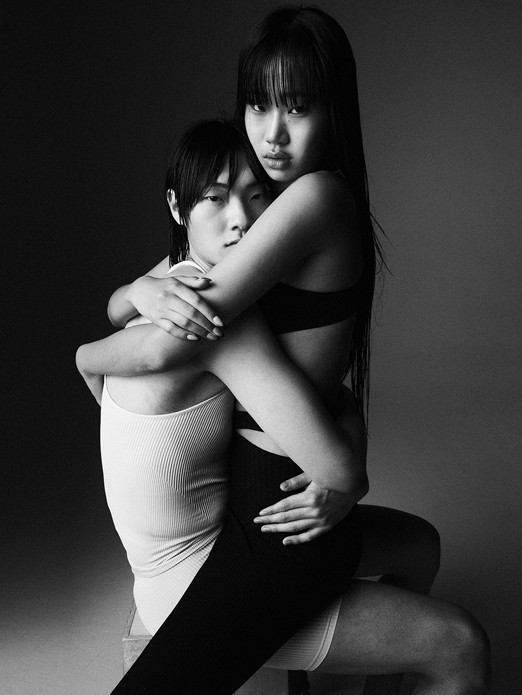